The knee is a complex joint made up of different structures including bones, tendons, ligaments and muscles. They all work together to maintain normal function and provide stability to the knee during movement.

Having a well-functioning healthy knee is essential for our mobility and ability to participate in various activities. Understanding the anatomy of the knee enhances your ability to discuss and choose the right treatment procedure for knee problems with your doctor.

The knee is one of the largest joints in the body, formed by the lower end of the femur, upper end of the tibia and the patella or knee cap. Several ligaments and muscles attach to the bones of the knee joint to maintain normal motion of the joint. Special cartilaginous tissues known as menisci are placed between the two articular ends of the joint. These act as a cushion between the articular surfaces and absorb the shock during movement.

Anterior knee pain is a characterized by a chronic pain over the front and center of the knee joint. It is common in athletes, active adolescents (especially girls) and overweight individuals. Anterior knee pain refers to a variety of conditions which include runner's knee or patellar tendinitis and chondromalacia of the patella. There is an inter-individual variation in the duration and presentation of pain.

Runner's knee, also called patellofemoral pain syndrome refers to pain under and around your kneecap. Runner’s knee includes several medical conditions such as anterior knee pain syndrome, patellofemoral malalignment, and chondromalacia patella that cause pain around the front of the knee. As the name suggests, runner’s knee is a common complaint among runners, jumpers, and other athletes such as skiers, cyclists, and soccer players.

Osgood-Schlatter disease refers to a condition of an overuse injury that occurs in the knee region of growing children and adolescents. This is caused by inflammation of the tendon located below the knee cap (patellar tendon). Children and adolescents who participate in sports such as soccer, gymnastics, basketball and distance running are at higher risk of this disease.

The patella, also called the kneecap is a small bone present on the front of your knee joint. The underside of the patella is covered by cartilage that allows smooth gliding of the knee with movement. Overuse or misalignment of the patella can cause wear and tear of the cartilage.

Jumper’s knee, also known as “patellar tendinitis" is an inflammation of the patellar tendon that connects your kneecap (patella) to your shinbone. This tendon helps in extension of the lower leg.

A bursa is a small fluid-filled sac found between soft tissues and bones. It lubricates and acts as a cushion to decrease friction between bones when they move. Bursitis refers to the inflammation and swelling of the bursa. Inflammation of the bursa in front of the kneecap (patella) is known as kneecap bursitis or prepatellar bursitis.

The knee consists of a fluid called synovial fluid, which reduces friction between the bones of the knee joint while you move your leg. Sometimes this fluid is produced in excess, resulting in its accumulation in the back of your knee. A Baker’s cyst or popliteal cyst is a fluid-filled swelling that develops into a lump behind the knee. This causes stiffness, tightness and pain behind your knee.

Lateral patellar compression syndrome refers to pain under and around your kneecap. It is a common complaint among runners, jumpers, and other athletes such as skiers, cyclists, and soccer players.

The patella, also called kneecap, is a small flat triangular bone located at the front of the knee joint. It is a sesamoid bone embedded in a tendon that connects the muscles of the thigh to the shin bone (tibia). The function of the patella is to protect the front part of the knee.

Osteochondritis dissecans is a joint condition in which a piece of cartilage, along with a thin layer of the bone separates from the end of the bone because of inadequate blood supply. The separated fragments are sometimes called “joint mice”. These fragments may be localized, or may detach and fall into the joint space causing pain and joint instability.

“Shin splints” is used to describe the pain and inflammation of the tendons, muscles and bone tissue around the tibia or shine bone (a large bone in the lower leg). It occurs because of vigorous physical activity such as exercise or sports. The condition is also referred to as medial tibial stress syndrome (MTSS).

Pain, swelling and stiffness are the common symptoms of any damage or injury to the knee. If care is not taken during the initial phases of injury, it may lead to joint damage that may end up destroying your knee.

The knee joint is one of the largest joints in the body. This highly complex joint has several tissues supporting and stabilizing its movement

Goosefoot Bursitis of the Knee

A bursa is a small fluid-filled sac found between soft tissues and bones. It lubricates and acts as a cushion to decrease friction between bones when they move. Bursitis refers to the inflammation and swelling of the bursa. Goosefoot bursitis or pes anserine bursitis is the inflammation of the bursa present between the tendons of the hamstring muscle and the tibia (shinbone) on the inner side of the knee.

The medial collateral ligament (MCL) is the ligament that is located on the inner part of the knee joint. It runs from the femur (thighbone) to the top of the tibia (shinbone) and helps in stabilizing the knee. Medial collateral ligament (MCL) injury can result in a stretch, partial tear, or complete tear of the ligament. Injuries to the MCL commonly occur because of a pressure or stress on the outside part of the knee. Anterior cruciate ligament (ACL) may be torn along with a MCL injury.

The medial collateral ligament (MCL), a band of tissue present on the inside of your knee joint, connects your thigh bone and shin bone (bone of your lower leg). The MCL maintains the integrity of the knee joint and prevents it from bending inward.

The knee is one of the most complex and largest joint in the body, and is more susceptible to injury. Meniscal tears are one among the common injuries to the knee joint. It can occur at any age, but are more common in athletes playing contact sports.

Meniscus tear is the commonest knee injury in athletes, especially those involved in contact sports. A suddenly bend or twist in your knee cause the meniscus to tear. This is a traumatic meniscus tear. Elderly people are more prone to degenerative meniscal tears as the cartilage wears out and weakens with age. The two wedge-shape cartilage pieces’ present between the thighbone and the shinbone are called meniscus.

The knee is a complex joint which consists of bone, cartilage, ligaments and tendons that make joint movements easy and at the same time more susceptible to various kinds of injuries.

Arthritis is a general term covering numerous conditions where the joint surface or cartilage wears out. The joint surface is covered by a smooth articular surface that allows pain free movement in the joint. This surface can wear out for several reasons; often the definite cause is not known.

Patella (knee cap) is a protective bone attached to the quadriceps muscles of the thigh by quadriceps tendon. Patella attaches with the femur bone and forms a patellofemoral joint. Patella is protected by a ligament which secures the kneecap from gliding out and is called as medial patellofemoral ligament (MPFL).

Posterior cruciate ligament (PCL), one of four major ligaments of the knee are situated at the back of the knee. It connects the thighbone (femur) to the shinbone (tibia). The PCL limits the backward motion of the shinbone.

Articular or hyaline cartilage is the tissue lining the surface of the two bones in the knee joint. Cartilage helps the bones move smoothly against each other and can withstand the weight of the body during activities such as running and jumping. Articular cartilage does not have a direct blood supply to it so has less capacity to repair itself.

The knee cap or patella is the largest sesamoid bone in the body and one of the components of the knee joint, present at the front of the knee. The undersurface of the kneecap and the lower end of the femur are coated with articular cartilage, which helps in smooth movement of the knee joint. The knee cap protects the knee and provides attachment to various muscle groups of the thigh and leg. Fracture of knee cap is rare and is more common in adult males.

The patella (knee cap) is a small bone that shields your knee joint. It is found in front of your knee, in a groove called the trochlear groove that sits at the junction of the femur (thighbone) and tibia (shinbone). Articular cartilage present below the patella and end of the femur cushion and help the bones glide smoothly over each other when the legs move.

Patella tendon rupture is the rupture of the tendon that connects the patella (knee cap) to the top portion of the tibia (shin bone). The patellar tendon works together with the quadriceps muscle and the quadriceps tendon to allow your knee to straighten out.

The knee joint is formed by the union of two bones, namely the femur (thigh bone) and the tibia (lower leg bone). At the junction of these two bones is a cartilage called the meniscus, which acts as a shock absorber. There are two menisci – the lateral and medial menisci.

Tibial eminence spine avulsion fracture is avulsion (tear away) of the tibial eminence (an extension on the bone for attachment of muscles) which most commonly involves the anterior cruciate ligament (ACL) insertion site.

Osteonecrosis of the Knee

Osteonecrosis is a condition in which death of a section of bone occurs because of lack of blood supply to it. It is one of the most common causes of knee pain in older women. Women over the age of 60 years of age are commonly affected, three times more often than men.

The knee is a complex joint which consists of bone, cartilage, ligaments and tendons that make joint movements easy and at the same time more susceptible to various kinds of injuries. Knee problems may arise if any of these structures get injured by overuse or suddenly during sports activities. Injuries to the knee can be caused by degenerative disease such as arthritis, traumatic injuries and sports injuries.

Our blood consists of a liquid component known as plasma. It also consists of three main solid components which include the red blood cells (RBCs), white blood cells (WBCs), and platelets. Platelets play an important role in forming blood clots. They also consist of special proteins, known as growth factors, which help with our body’s healing process.

Viscosupplementation refers to the injection of a hyaluronan preparation into the joint. Hyaluronan is a natural substance present in the joint fluid that assists in lubrication. It allows smooth movement of the cartilage covered articulating surfaces of the joint.

Cortisone is a corticosteroid released by the adrenal gland in response to stress and is a potent anti-inflammatory agent. Artificial preparations containing cortisone are injected directly into the affected joint to relieve pain and reduce inflammation.

Physiotherapy or physical therapy is an exercise program that helps you to improve movement, relieve pain, encourage blood flow for faster healing, and restore your physical function and fitness level. The main aim of physical therapy is to make your daily activities such as walking, getting in and out of bed, or climbing stairs easier. It can be prescribed as an individual treatment program or combined with other treatments.

Knee Arthroscopy is a common surgical procedure performed using an arthroscope, a viewing instrument, to consider the knee joint to diagnose or treat a knee problem. It is a relatively safe procedure and most the patient’s discharge from the hospital on the same day of surgery. 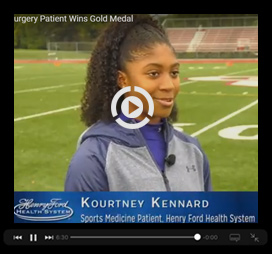